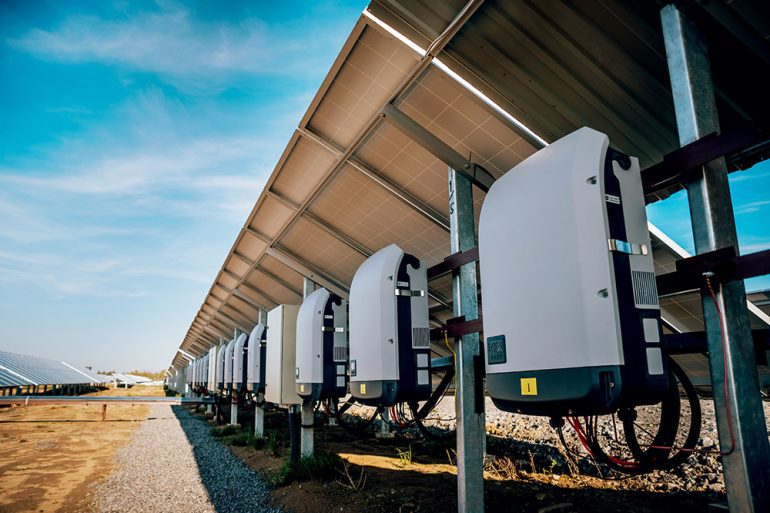 Everything You Need to Know About Solar Power Production

Ever Wondered How Solar Power Works?

With the constantly increasing power bills, people looked for ways to save money. That is when solar systems were born.

In our world today, electricity is not cheap. In Australia, South Australia has the highest energy consumption with an average of $1,898.80, closely followed by New South Wales, which is only $0.40 behind. Victoria has the smallest amount of energy consumption, although the average yearly is still $1,602.32.

Overall, the national average of electricity consumption in the country is 6570 kWh yearly. It is equivalent to 18 kWh per day. Electricity bills have also increased by at least $500 in the past three years alone.

The government has provided a few different tips on how to save energy, including managing energy use and comparing electricity retailers in a certain area.

For many residents though, nothing can beat solar panels.

Solar panels are an smart investment. However, just like any other investment, you should know what they truly are and how you can benefit from them. The panels are merely one of the three main components of the solar power system. This system consists of the following:

The sun is not just a source of light and heat, but it can also generate power with the right tools. The solar power system depends on the sun through the photovoltaic effect. The energy that comes from the rays of the sun will be converted into electricity. This way, you can power your lights and even your appliances at home.

Solar power is now a fast-growing industry all over the world, and Australia is not an exception. There is indeed a huge potential when it comes to solar power in the country. Over two million solar systems were installed from 2001 to March 2019.

The installations have a combined capacity of 12,035 megawatts photovoltaic power. From this number, more than 4,000 MW was from March 2018 to March 2019 alone. In 2018, solar made up 5.2% of the total electric power production in Australia.

Thanks to the dry climate and position of the country on the map, Australia is one of the best places to take advantage of solar. It is no wonder why locals are aiming to have a solar-powered home. The city of Sydney even has plans to operate using 100% renewable energy sources, including solar by 2030.

Before you switch though, it makes sense to know if there are standards to meet. A few Australian regulations apply when you plan to install a solar system for your home. The installer you hire (or even yourself) should know about these rules before embarking on the procedure.

Let us take a look at some of the standards that apply:

Some of the Australian standards are based on standards that already exist within a state. For instance, the Competition and Consumer Act applies to the use and installation of solar systems, along with the Australian Consumer Laws.

The Home Warranty Insurance Act is also a part of the standards, as well as general licensing requirements of the building contractor.

Why Switch to a Solar Power System

Compared to a conventional power source, solar has many benefits, including:

One of the common concerns about solar power is that it may not be helpful during rainy days and winter. The seasons can affect its output, reducing it to a lower level. However, you can buy equipment to mitigate the problem. Additionally, it is not true that you can no longer use solar when it is cloudy. Even in grey weather, solar panels can work efficiently, especially in Australia.

The solar panels utilise photons, which are particles of light that will separate atoms and electrons from each other. When the separation takes place, it will create solar electricity. What the solar panel does is, collect sunlight. Each panel contains photovoltaic (PV) cells that take light (photons) to generate electricity.

As the light from the sun hits the panels, these PV cells would then produce direct current (DC). However, DC cannot power your home without any help, which is where inverters come in.
The inverters connected to your solar system convert the energy you have produced to usable power known as alternating current (AC). Solar panel systems usually have a string or single inverter, which will be used for the entire system. On the other hand, others are attached to a microinverter for each panel.

Finally, you can now use the energy to power up your home. Solar power runs through the net metre first then makes its way into your home. Then, energy will be used for appliances and other devices you want to provide power for. Therefore, the solar system now works like traditional electricity.

Note that most consumers do not produce enough energy with their solar system. It means they cannot cover all their power needs using the system. There is nothing to worry about because the homes with solar power will still be connected to a power company through the grid.

How Much Power Do You Need?

Many consumers do not truly understand the amount of power they can get from a solar panel. The panel’s energy production is measured for every square metre. This information is crucial when figuring out the size of the system that you may need. Additionally, it can directly affect the price of the PV solar system, along with its kWh rating that pertains to the amount of power the panels can generate.

It is not easy to grasp, however. Testing the capacity of a PV solar system is not just about its rating. If the manufacturer claims it can produce 360 watts, it does not mean it will do so. You should assess it in real-world conditions. The maximum power for every square metre will depend on its ability to handle various settings:

With the variables above, it is difficult to pin down the exact numbers as to how many square metres of your roof will be covered. As a guide, powering at 20 watts per 0.09 square metre with a system that can produce two kilowatts can cover almost 14 square metres. Meanwhile, a 3 kW system can power almost 30 square metres.

The simple answer to this question is yes. Upgrading a system is a serious decision. There are many things to consider, including:

When upgrading, it is usually best to stick with just one manufacturer. However, brands can come and go, which is why it is not unusual to find a variety of solar panel brands on a property’s roof. It is important, however, to ensure voltage compatibility. Another important thing is that it should be balanced; otherwise, the panels will only perform at the lowest wattage.

Solar Power on a Cloudy Day

Solar panels require sunlight to generate energy. It is why the misconception that the cloudy days are bad for solar panels because you will not be able to use them. However, it is not true. Although cloudy skies can affect the generation of power, the system will still work.

How can you use solar panels when there is no sun? You may have gotten sunburned even on a cloudy day. How is it possible when there is barely any sun? The answer is that solar radiation can easily penetrate the clouds. It is the same reason why solar panels can produce power even when the sun is hiding.

Even during winter or rainy days, your solar panels will still function. Some homeowners would consider the number of days when their area experiences inclement weather. In Germany, for instance, the country does not get enough sun but many people now use renewable energy sources there. The cost of power bills should be the biggest factor as to whether or not the solar system helps save money.

Solar will not require you to put the panels in the area where it is always hot. It can generate power even when the surroundings are cold. However, they should not exceed the recommended temperature, which is typically 25 degrees C. This way, they will continue to work flawlessly.

Partial shading is also linked to cloudy days since these two are quite similar. When the area is shaded, it will not get the ideal amount of sun for the panels to obtain sunlight. Partial shading and cloudy weather can reduce the amount of energy the system generates.

Do You Need Batteries?

If you want to store solar energy and use it when it is cloudy, batteries are helpful. You may also want to have backup power if ever the grid has issues. Batteries are quite hot these days. Many homeowners think that it is a must to have these batteries.

However, even if you have batteries, it does not mean your power source is blackout-proof. In Australia, grid power works 99.9% of the time. Therefore, there is very little time when the grid electricity goes down.

Another huge factor to consider is price. Batteries are not cheap. In fact, you may have to pay approximately $10,000 to get around 10 kWh of stored energy to your solar system.

Additionally, the batteries, according to many manufacturers, can last about 15 years or even more. However, most only have a 10-year warranty, which may make you think you can end up replacing the battery because of the added payback period of the product.

In comparison, a solar energy installation that does not have batteries typically has a payback of up to six years. At the same time, it can stay functional for up to 25 years. Therefore, you have about 20 years of “free electricity” after hitting the amount you invested for the solar panels.

As a friendly piece of advice, you may want to wait for the time when the batteries start to get a little affordable. It may take two more years or even five. However, your solar system can function without a hitch even without these batteries.

Solar systems continue to evolve. In the coming years, it may be possible to see a floating solar farm in many parts of the world. Known as floatovoltaics, the panels are installed on water bodies, such as a reservoir, to offer better efficiency.

Another thing to watch out for is building-integrated photovoltaics where the panels will seamlessly blend into roofs, curtain walls, and canopies among others.

If you need any more advice on solar energy or perhaps you’re ready to go ahead with solar for your home. Contact Easy Solar today, we have a range of solutions for all of your solar power needs.

Subscribe to our Newsletter right now to be updated. We promise not to spam!